At a time when the U.S. infrastructure continues to deteriorate, and construction and maintenance budgets remain underfunded, it becomes even more imperative that highways and pavements achieve longer life and increased durability. While the basic design and available construction materials for Portland cement concrete pavements have remained essentially the same for decades, the traffic and weight loads on today’s pavements have continued to multiply. As a result, corporate owners, cities, counties, and state and federal highway authorities have renewed efforts and funding for experimental materials and novel practices that can help stretch their available transportation dollars.

The roadway of the future must be tougher, more durable, and resistant to cracking, while being cost-comparative with current methods and materials at the same time. These demands and requirements open the door of opportunity for fiber-reinforced concrete, which has a history of adding tremendous performance improvements at a reasonable cost in a wide variety of applications.

This report represents a collection of historical data regarding FORTA Corporation’s pavement experiences, and includes several current and new novel pavement design options and related research to take advantage of these opportunities in the future.

The need for hard, flat, and cleanable pavement surfaces became quite evident in the late 1800’s, when equestrian transportation ruled the day. Though it may seem humorous today, one of the major city street issues of the time was muddy street-ways compounded by tons of manure left behind by this majority mode of transportation. This nasty combination encouraged insects, disease, accidents, and certainly, disruption to traffic. At the first international urban planning conference held in the U.S. in 1898 in New York City, the main topic of discussion was manure, focusing on what had been dubbed by the London Times as “The Great Horse Manure Crisis of 1894.” (1)Though this ‘crisis’ appeared unsolvable at the time – the conference ended in 3 days instead of the scheduled 10 with the conclusion that metropolitan life was not sustainable, and a return to rural life was imminent – the appearance of Henry Ford’s automobile invention soon after solved at least one of the day’s major pavement problems. However the change in transportation mode further encouraged the need for tough level pavement surfaces, a solution for which had actually been trialed just a few years before the New York convention.

The first documented Portland cement concrete pavement was placed around the courthouse in the city of Bellefontaine, Ohio, in 1891. Prompted by local inventor George Bartholomew’s investigation of cement production in Germany and Texas, Bellefontaine city officials commissioned an 8-foot wide concrete pavement – then called “artificial stone”(2) – some of which is still in use today. The stipulation made by the city was notable: “Bartholomew had to post a $5,000 performance bond and guarantee that the pavement would last for five years.”(3)

Clearly, having performed almost 125 years since, Bartholomew’s pavement was more than adequate to satisfy the bond. In the years since, pavement requirements have continued to progress and become more challenging, however the same precepts remain: pavements must be hard, flat, cleanable, and affordable, and must last for much longer than the early 5-year projections.

According to the American Concrete Institute’s Committee 325 Concrete Pavements recent “Guide for Construction of Concrete Pavements ACI 325.9R-15” (4), there are three general pavement design methodologies in current use today: the PCA (Portland Cement Association) method, the AASHTO design methodology, and the M-E (Mechanistic-Empirical) design methodology. Though all three methods and related details could be considered current state-of-the-art for pavement technology, regrettably none of them facilitate the consideration of fiber reinforcement as a design element. In fact, the only mention of fibers in the ACI 325.9R-15 document is a one-line statement: “Guidance for the use of fiber-reinforced concrete can be found in ACI 544.1R.”(5), which was published in 1996 and could hardly be considered a ‘state-of-the-art’ source of fiber information on its 20th birthday.

This scant consideration of fibers seems at odds with known areas of FRC (Fiber Reinforced Concrete) performance improvements, since crack-width control, ease of placement, and smooth riding surfaces are deemed important to the construction of durable concrete pavements. One possible avenue for fiber-design insertion might come within the PCA thickness-design procedure, which “…evaluates a candidate pavement design with respect to two potential failure modes: fatigue and erosion.”(6) Fiber-fatigue values, discussed in the “LTRC FRC Fatigue and Toughness Research” section that follows, may offer a reasonable foundation to include fibers in future pavement design conversations.

There are a host of pavement deterioration issues that reflect a direct cost to motorists…..

Want to read more, please fill out the information request form and a full report will be availble to you. 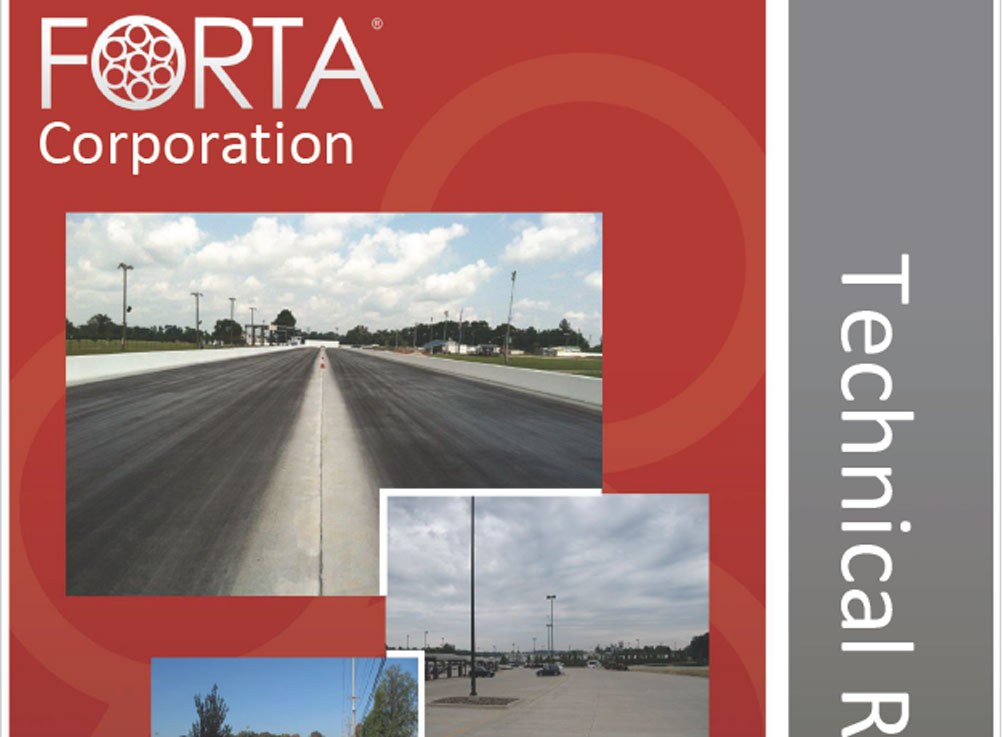